Skip to content
You are here
Home > Financial > Mass killing of civilians in Ethiopia’s Tigray region: Amnesty
The reported killings occurred in Mai-Kadra, a town in the region’s south-west, on the night of November 9, according to the international NGO. CNN has not independently confirmed the deaths. Photographs and videos digitally verified and geolocated by Amnesty International showed bodies strewn across the town or being carried away on stretchers.
“We have confirmed the massacre of a very large number of civilians, who appear to have been day labourers in no way involved in the ongoing military offensive,” said Deprose Muchena, Amnesty International’s Director for East and Southern Africa.
“This is a horrific tragedy whose true extent only time will tell as communication in Tigray remains shut down.”
Ethiopia’s federal government declared “war” with the region’s ruling party, the Tigray People’s Liberation Front (TPLF), earlier this month. Ethiopian Prime Minister and Nobel laureate Abiy Ahmed has ordered the Ethiopian Defense Forces to lead a “law enforcement operation” in the area, which includes air strikes.
CNN International has not been able to independently confirm who was responsible for the killing at Mai-Kadra or the death toll. 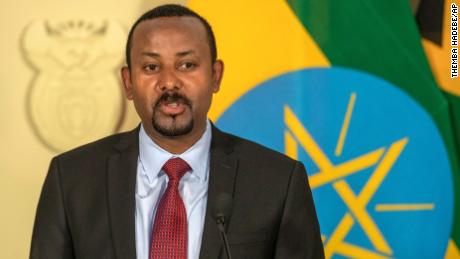 Witnesses in Mai-Kadra, who were providing food and other supplies to the EDF, told Amnesty International they saw dead bodies, as well as injured survivors. The victims’ wounds appeared to be inflicted by sharp weapons, they told the human rights organization, which commissioned an independent pathologist to confirm the reports.
“Those wounded told me they were attacked with machetes, axes and knives. You can also tell from the wounds that those who died were attacked by sharp objects,” one unnamed witness told Amnesty International.
An Amnesty press officer told CNN the witnesses spoke anonymously for fear of reprisal.

Ethiopian Prime Minister Abiy came to power in 2018 on a reformist agenda promising to bridge divisions between regional governments, but his leadership has seen ethnic and political tensions rise significantly in several parts of the country, often with deadly consequences.
On Tuesday, state-affliliated broadcaster Fana TV reported that Ethiopia’s federal army had killed 550 enemy fighters, though the identity and affiliation of the alleged fighters is unclear.
Since the escalation of fighting between government and regional forces in Tigray, at least 11,000 people have fled the region and entered neighboring Sudan, according to the UN’s refugee agency.
During a press briefing on Thursday, UNCHR representative in Sudan, Axel Bisschop told reporters the agency estimates half of the refugees are children.
According to Bisschop, Ethiopians are crossing a river into Sudan using several boats at one of two border crossings.
“The people who have arrived are coming with very little concessions, most of them have come in a healthy condition, we have had information of some who are injured and have been taken to a nearby clinic to be treated,” Bisschop said.
Ethiopian soldiers have also crossed the border and will be managed in separate areas than civilians, Bisschop said. The UNHCR and the Sudanese government had prepared a response plan for about 20,000 people but since the numbers are rapidly increasing, they are now preparing to handle up to 100,000 people.
“We are looking at multiple solutions,” Bisschop said, adding that the UNHCR and Sudan are looking for more camps to accommodate the anticipated influx.
Internet and communications lines have been blacked out in the region according to local reporters. That, combined with an aerial and road blockade, is hindering aid assistance within Tigray, the UN Office for Humanitarian Affairs has said.
Even before the conflict, more than 600,000 people in the region were dependent on food relief, according to UN agencies.

The current round of tensions in Tigray started in August when Abiy’s government delayed scheduled elections because they said the risk of Covid-19 was too high. Officials in Tigray held their own election in September anyway, with more than two million people turning up to vote. 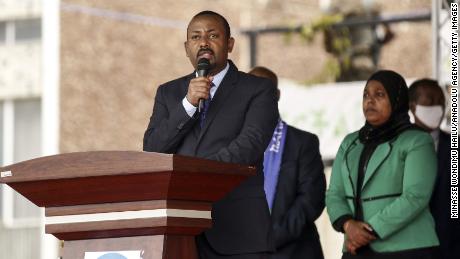 In retaliation, the federal government withheld funding from the TPLF leadership in Mekelle, promising to send it directly to local leaders instead. It set off a tit-for-tat series of recriminations and rhetoric between the regional and the federal government that has been steadily building.
Last week, Ethiopia’s federal government announced a six-month state of emergency, giving them broad security powers. On Thursday, the parliament voted to strip immunity from prosecution for 39 members of the House, including several high-ranking TPLF members and Tigray regional president Debretsion Gebremichael, according to a statement from a newly-established taskforce created to deal with the situation.
TPLF has accused the federal government of unfairly purging its party members.
Around 150 people from “ethnically diverse” backgrounds have also been detained in the capital Addis Ababa and various parts of the country, on suspicion of colluding with TPLF to incite “conflicts and carrying terror attacks,” according to another statement from the taskforce.
Abiy is facing international diplomatic pressure from the United States, the United Kingdom and the UN to de-escalate tensions, but so far has continued the military operation.

‘As a black American I am terrified’