Skip to content
You are here
Home > Financial > Russia arrests “Jesus of Siberia,” cult leader claiming to be reincarnation of Christ

Moscow — Russia on Tuesday arrested a Siberian cult leader who claims to be the reincarnation of Jesus, along with his top aides, in an operation involving armed troops and aircraft. The Investigative Committee, which probes serious crimes, said it had detained Sergei Torop known to his followers as Vissarion the Teacher, or the Jesus of Siberia, and two of his aides.

Footage released by investigators showed 59-year-old Vissarion, with long grey hair and a beard, and two other men being led by masked commandos from a van and boarding a helicopter. 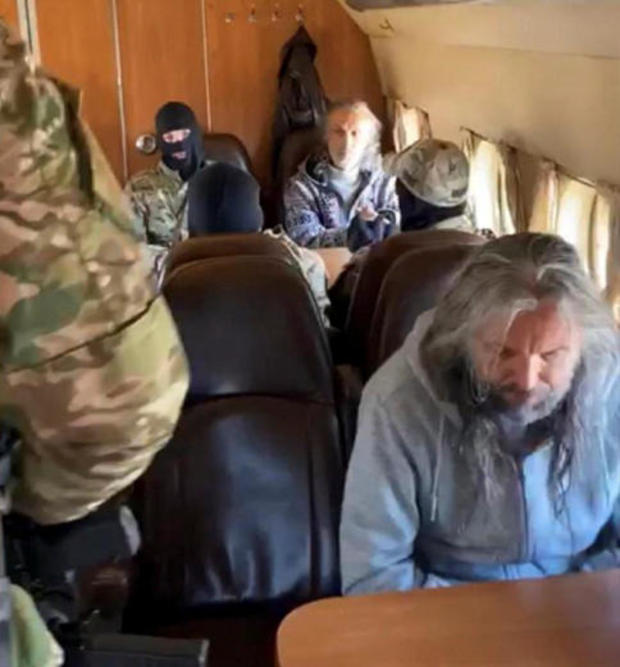 Russian security forces are seen during the operation to detain the leader of the “Church of the Last Testament” cult, including prominent mystic Sergei Torop also known as Vissarion, (seen at right) in Krasnoyarsk, Russia, in a photograph released by Russia’s Investigative Committee, September 22, 2020. Investigative Committee of Russia/Handout/REUTERS

The operation in a remote settlement in Siberia’s Krasnoyarsk region included members of the FSB security service and other law enforcement agencies.

Torop, a former traffic police officer, has said he experienced an “awakening” when he lost his job in 1989 as the atheist Communist regime was fast unravelling.

In 1991, he founded what is now the Church of the Last Testament. 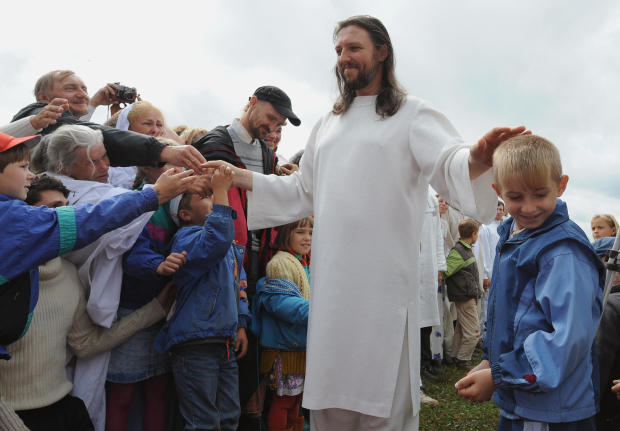 Investigators said the self-proclaimed messiah and his aides solicited funds from disciples and emotionally abused them. 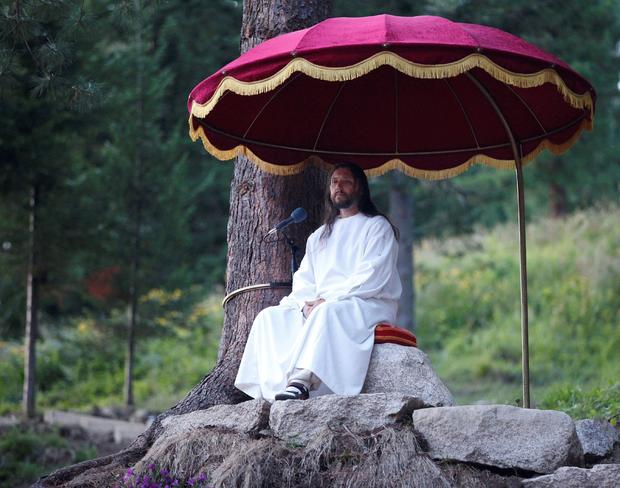 Cult leader Vissarion, who has proclaimed himself a new Christ, conducts a service during the “Holiday of Good Fruit” feast in the village of Obitel Rassveta (Cloister of Sunrise), some 398 miles southeast of Russia’s Siberian city of Krasnoyarsk, in an August 18, 2010 file photo. Ilya Naymushin/REUTERS

The Investigative Committee said it was planning to charge the cult leaders with organizing an illegal religious organization and causing “two or more people severe harm.”

Asked by AFP how he knew he was the son of God, Vissarion said in 2009: “I felt something violently surging up from within me that had been held down until then.”

His followers adhere to a jumble of creeds that draw from Russian Orthodox rites and environmentally friendly values. 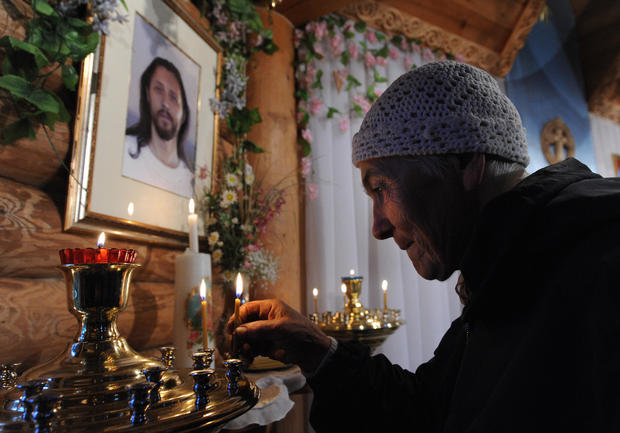 An elderly woman places a candle under a picture of “Vissarion the Teacher,” or “Jesus of Siberia,” Russian ex-traffic cop Sergei Torop at a church in the remote village of Petropavlovka, in Russia’s Siberia region, August 17, 2009. ALEXANDER NEMENOV/AFP/Getty

In the 1990s, some of Vissarion’s devotees died either by suicide or as a result of harsh living conditions and lack of medical care.

Collector says his $1m treasure hunt has been won