Skip to content
You are here
Home > Financial > Trump blames California for wildfires, tells state ‘you gotta clean your floors’ 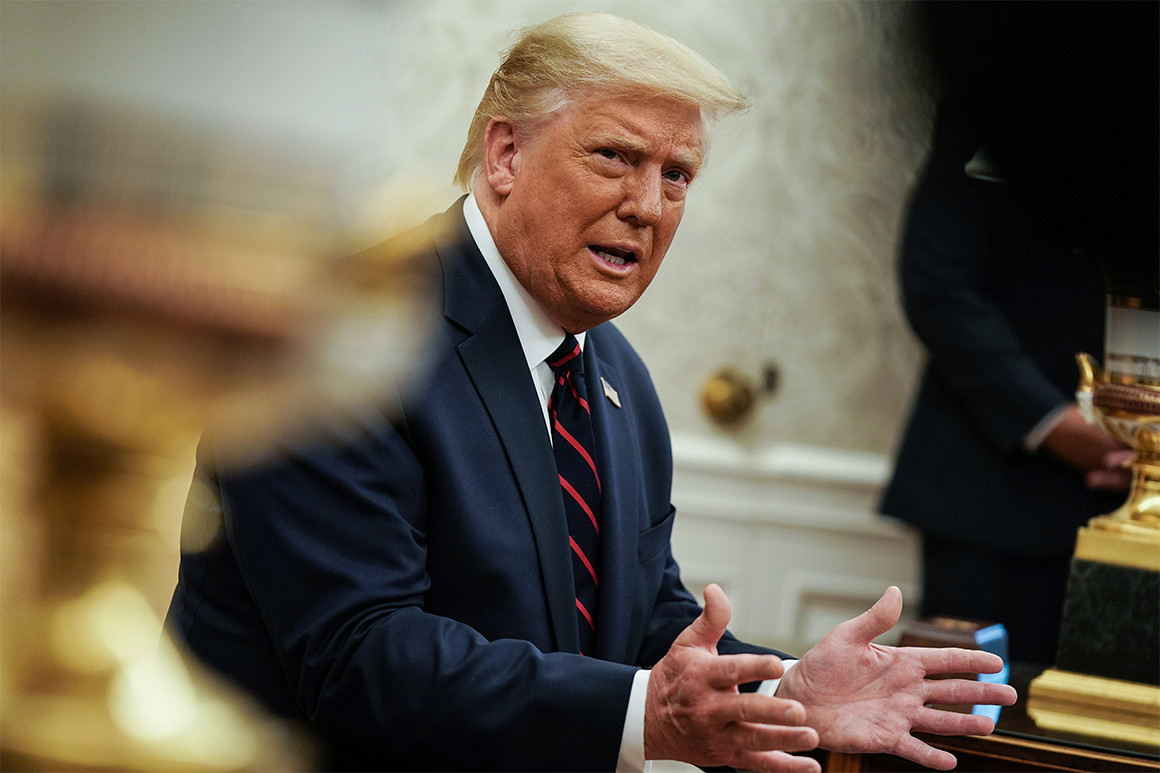 “Maybe we’re just going to have to make them pay for it because they don’t listen to us,” he added.

The combination of assigning blame while fires still burn and offering questionable remedies have become as familiar to Californians as the conflagrations that ignite each year. Those fires have spurred a predictable response from the president: blame the Democrat-dominated state and then threaten to punish it by withholding money. He did so as fires burned in 2018, and again in 2019.

“I’ve been telling them this now for three years, but they don’t want to listen,” Trump said on Thursday. “‘The environment, the environment,’ but they have massive fires again.”

Those broadsides have drawn fierce criticism from opponents who accuse Trump of politicizing natural disasters that claim lives and incinerate homes. An uncharacteristically hot and thunderous weather system hovering over California in previous days caused hundreds of lightning-sparked fires across the parched state. Already, hundreds of thousands of acres have burned and forced evacuations, while a helicopter pilot died fighting a blaze in Fresno County.

Trump’s suggestions have prompted head-scratching from experts who say his prescriptions — more raking, less water released into the ocean for environmental purposes — suggest he does not understand the science of wildfires. Critics also point out that most of California’s wildlands are federally managed.

Trump said Thursday at his Pennsylvania rally that there are “forest cities” that don’t have the problems that California has, and he told supporters that he was “mocked” by California for his previous remarks about forest “cleaning.”

He was invoking his famous comments from 2018, when he visited the remnants of Paradise, a California town that suffered the state’s deadliest and most destructive fire. Back then, he said pointed to Finland, claiming its leader said the European “forest nation” had “spent a lot of time on raking and cleaning and doing things. And they don’t have any problem.”

Finnish President Sauli Niinistö later said he told Trump that Finland takes care of its forests but did not say anything about raking, according to CNN.

“Wildfires don’t stop at jurisdictional boundaries. As we respond to wildfires in real-time this summer, improving coordination between the major stewards of California’s forested land will help us protect communities and restore forest health across California,” Newsom said in a statement.

This article tagged under:

The chaplains on the coronavirus frontlines

Trump Was ‘Ecstatic’ About Talking to Woodward—Until He Wasn’t

Elon Musk is one board approval away from another $2.1 billion in stock options – TechCrunch