Fabien Cousteau, the grandson of legendary ocean explorer Jacques Cousteau, wants to build the equivalent of the International Space Station (ISS) — but on the ocean floor deep below the surface, as CNN reports. 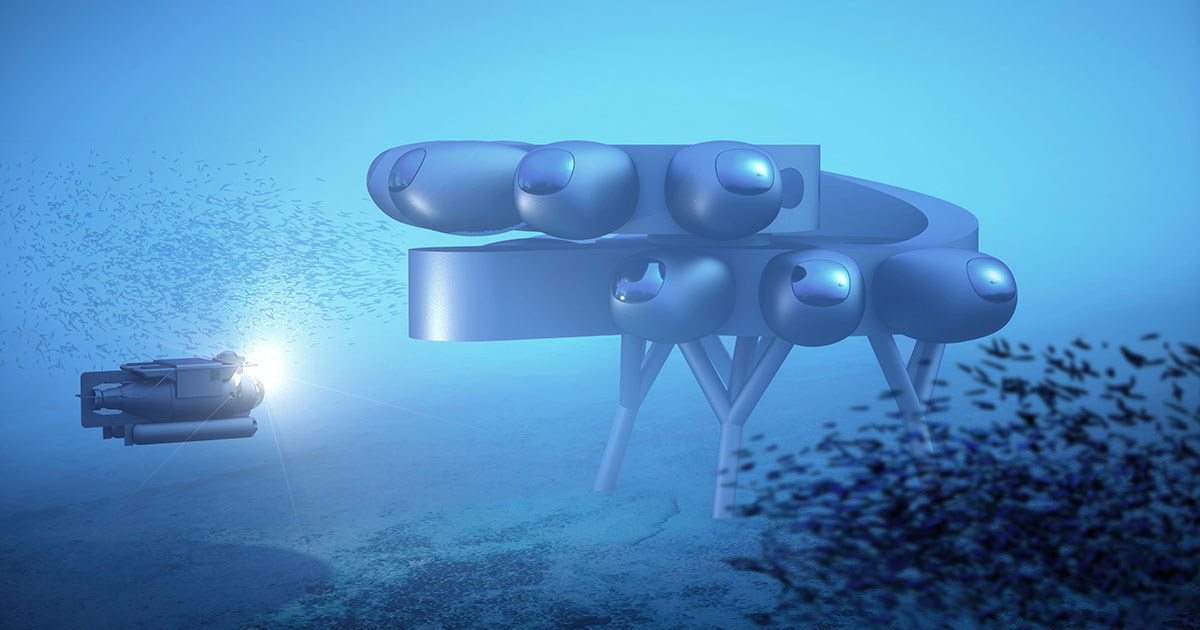 With the help of industrial designer Yves Béhar, Cosuteau unveiled his bold ambition: a 4,000 square foot  lab called Proteus that could offer a team of up to 12 researchers from all over the world easy access to the ocean floor. The plan is to build it in just three years.

The most striking design element of their vision is a number of bubble-like protruding pods, extending from two circular structures stacked on top of each other. Each pod is envisioned to be assigned a different purpose, ranging from medical bays to laboratories and personal quarters. 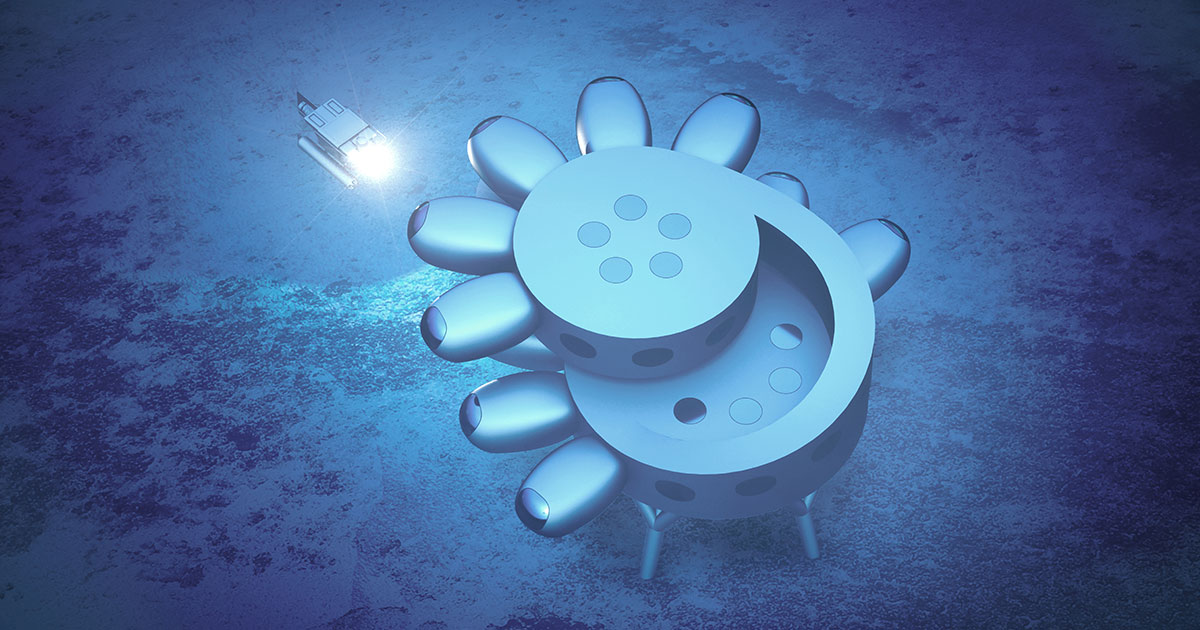 “We wanted it to be new and different and inspiring and futuristic,” Béhar told CNN. “So [we looked] at everything from science fiction to modular housing to Japanese pod [hotels].”

The team claims Proteus will feature the world’s first underwater greenhouse, intended for growing food for whoever is stationed there.

Power will come from wind, thermal, and solar energy. 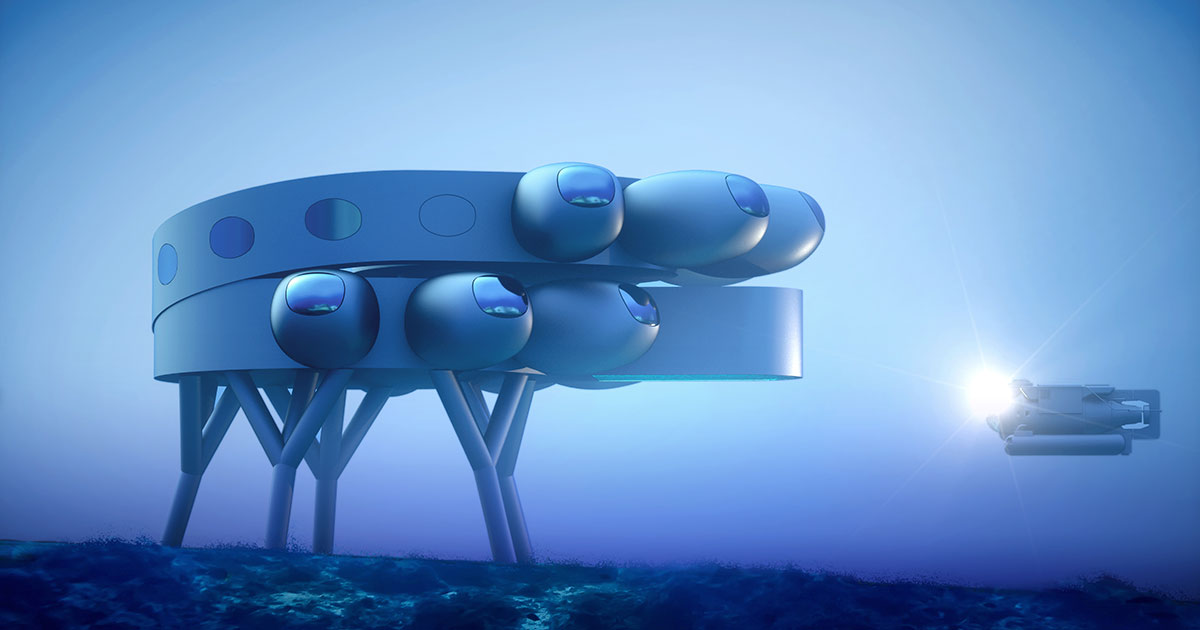 “Ocean exploration is 1,000 times more important than space exploration for — selfishly — our survival, for our trajectory into the future,” Cousteau told CNN. “It’s our life support system. It is the very reason why we exist in the first place.”

Space exploration gets vastly more funding than its oceanic counterpart, according to CNN, despite the fact that humans have only explored about five percent of the Earth’s oceans — and mapped only 20 percent.

The Proteus would only join one other permanent underwater habitat, the Aquarius off the coast of Florida, which has been used by NASA to simulate the lunar surface.

More on underwater bases: NASA is Using This Underwater Lab to Train Astronauts for the Moon

Why US is expecting an ‘avalanche’ of evictions