Islamic Jihad said in a statement that one of its senior leaders, Tayseer Al Jabari, had been killed in an Israeli strike. He was a commander in the Quds Brigade, the armed wing of Islamic Jihad, the group said, and a member of its Military Council.
The Palestinian health ministry said at least nine people were killed, including a five-year-old girl, and another 55 were injured.
A CNN producer in Gaza saw medics carrying two bodies out of a building called the Palestine Tower that had been hit in one of the strikes.
An Israeli army statement said the military operation — which it called ‘Breaking Dawn’ — was targeted Islamic Jihad, the smaller of the two main militant groups in Gaza. A “special situation” has been declared in areas around Gaza, in anticipation of possible rocket fire, or other retaliatory attacks, the Israeli army said.
Islamic Jihad has vowed to respond. “All options are open, with all means that the Palestinian resistance has, whether in Gaza or outside,” spokesman Daoud Shehab said on Al Jazeera. “The battlefield is open … The resistance will respond with all force. We will not say how, but it is inevitable.” 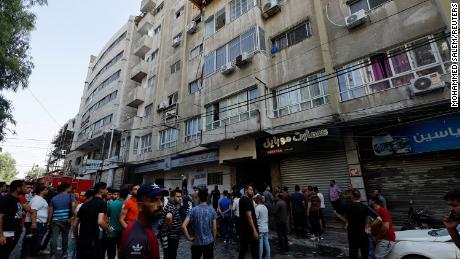 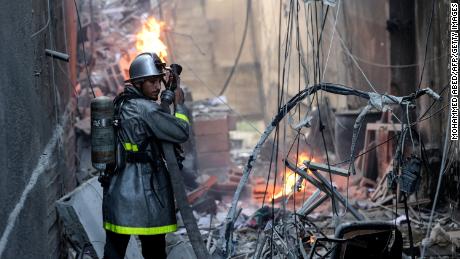 Hamas, the militant group which controls Gaza, has condemned the Israeli action. “The Israeli enemy, who started the escalation against Gaza and committed a new crime, must pay the price and bear full responsibility for it,” spokesman Fawzi Barhoum said.
The strikes come after Israeli forces captured a senior Islamic Jihad commander, Bassam al-Saadi, during a raid on Monday night in the occupied West Bank town of Jenin.
During that operation, a 17-year-old Palestinian linked to Islamic Jihad was shot dead in an exchange of gunfire with Israeli soldiers, according to the Israeli military. The Palestinian health ministry said he had been shot in the head by Israeli forces.
Saadi was one of two wanted terror suspects apprehended in that raid, Israel said. The Quds Brigade, the armed wing of Islamic Jihad, said it was mobilizing its forces across the Palestinian territories in response.
Recent months have seen repeated Israeli operations in and around Jenin, after several fatal attacks inside Israel were carried out by Palestinian gunmen from the region. Thirty Palestinians have been killed in the raids since the start of the year, according to the Palestinian Ministry of Health.
Developing story, more to follow…

August 11, 2022
Why an exclusive high-net-worth network is doubling down on stocks, and where the money is going

Why an exclusive high-net-worth network is doubling down on stocks, and where the money is going