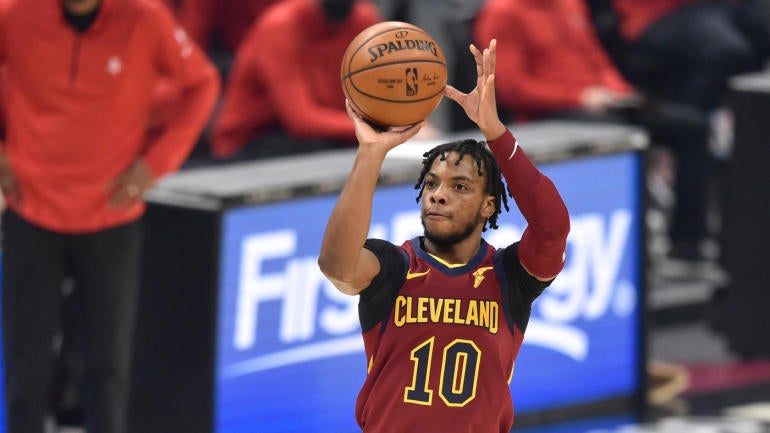 The Cleveland Cavaliers visit Madison Square Garden for an afternoon matchup on Saturday. Cleveland takes on the New York Knicks in an Eastern Conference tilt, with the Cavaliers bringing a 42-35 overall record and a 2-0 mark against New York. The Knicks are 34-43 overall and 16-22 at home this season. Jarrett Allen (finger), Evan Mobley (ankle) and Rajon Rondo (ankle) are out for Cleveland. Julius Randle (quad), Quentin Grimes (knee), Nerlens Noel (foot) and Cam Reddish (shoulder) are out for New York.

Now, the model has set its sights on Knicks vs. Cavaliers, and just locked in its picks and NBA prediction. You can head to SportsLine now to see the model’s picks. Now, here are several NBA odds and betting lines for Cavaliers vs. Knicks:

Why the Cavaliers can cover

Cleveland projects well on both sides of the floor. The Cavaliers average more than 25 assists per game and assist on more than 63 percent of field goals. Cleveland is also above-average on the glass, with a top-10 mark in the NBA in field goal percentage. New York ranks in the bottom 10 of the NBA in turnover creation and free throw prevention on the defensive end.

The Cavaliers are in the top five of the league in defensive rating, giving up only 1.08 points per possession, and Cleveland leads the NBA in free throw prevention. Opponents are attempting fewer than 19 free throw attempts per game against the Cavaliers, and Cleveland is in the top 10 in second-chance points allowed, field goal percentage allowed, and assists allowed. New York’s offense struggles to the tune of league-worst marks in assists and points in the paint, with bottom-tier metrics in points per possession, assist percentage, and assist-to-turnover ratio.

Why the Knicks can cover

New York is elite at creating free throw attempts, ranking in the top three of the NBA in producing 24.2 attempts per game. The Knicks are also above-average from three-point range, making 13.1 three-pointers per game and connecting on 35.6 percent of long-range attempts. New York is excellent on the offensive glass, securing 29.4 percent of available rebounds after missed shots, and the Knicks are in the top six of the NBA in second-chance points, averaging 14.6 per game. New York protects the ball well, committing 13.4 turnovers per game, and the Cavaliers rank in the bottom 10 of the NBA in steals and blocks on defense.

On the other end, the Knicks are in the top five of the NBA in defensive rebound rate, points allowed in the paint, and field goal percentage allowed. New York is also strongly above-average in three-point defense, fast break points allowed, and second-chance points allowed, with opponents scoring fewer than 1.11 points per possession.

How to make Knicks vs. Cavaliers picks

SportsLine’s model is leaning over on the total, with 11 players projected to score in double figures. The model also says one side of the spread hits in almost 60 percent of simulations. You can only see the model’s pick at SportsLine.

So who wins Cavaliers vs. Knicks? And which side of the spread hits in almost 60 percent of simulations? Visit SportsLine now to find out which side of the Knicks vs. Cavaliers spread you need to jump on Saturday, all from the model that has crushed its NBA picks, and find out.