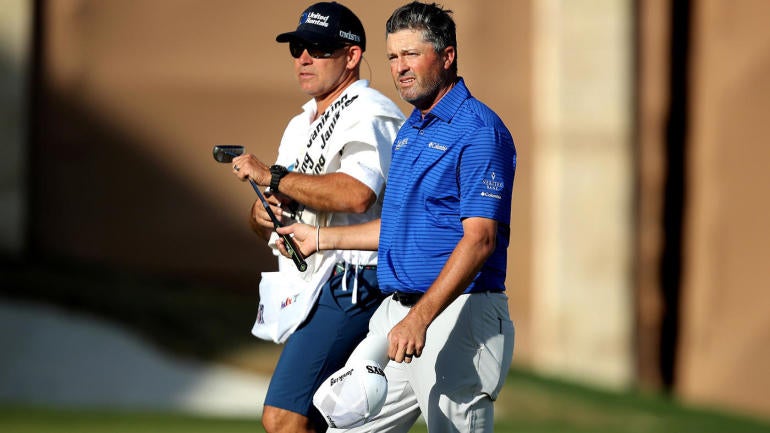 SAN ANTONIO (AP) — Ryan Palmer shot a bogey-free round of 6-under 66 at the Valero Texas Open to lead by two shots over Kevin Chappell, Dylan Frittelli and Matt Kuchar after Friday’s second round.

Palmer, at 10-under, surged into the lead with consecutive birdies midway through the back nine.

Chappell, the 2017 tournament winner, had the day’s low round of 65. Frittelli also got away with no bogeys during his 66, and Kuchar shot 69 with four-straight birdies on the back.

“It’s a golf course, if you get it offline, you’re going to struggle,” Palmer said. “I was able to keep the ball in front of me. When I’ve missed fairways, I’ve gotten fortunate breaks, I think. So the weekend, it’s a matter of just avoiding those big misses.”

Hideki Matsuyama withdrew after nine holes Friday with a sore neck, leaving early ahead of his Masters title defense next week.

Defending champion Jordan Spieth was making a move, getting to 4-under for his round after a short birdie putt on his 14th hole. He was in good shape for par at the next after chipping to three feet away– where he three-putted. The double-bogey put him on the projected cut line, ultimately making the weekend by two shots at 2-under.

J.J. Spaun is in a group of players three shots back of Palmer. He led during the morning at 10-under when he dropped an 18-foot birdie at his 14th hole. He finished with three bogeys.

“I’m still in a good position — there’s a lot of golf left,” Spaun said. “It got kind of tough with the finish, and two bad swings made me make a couple bogeys. Still happy to have a shot.”

Kuchar bogeyed three of four holes in the middle of his round. Starting at the 14th, Kuchar made four-straight birdie putts of 10 feet or more. He said there was nothing special about the run.

Chappell’s only Tour win came here five years ago. His 65 had no bogeys on the card. He eagled his 11th hole and finished with two birdies, a 17-footer on the finishing hole.

“I just feel at ease around this place,” Chappell said. “My soul and this golf course get along. I really enjoy being here. I’m excited about where my game is because I’ve don’t think I played great yet. It’s not like the ball is coming out of the middle of the clubface every time and flying where I’m looking, but I’ve been able to scramble and get the ball in the hole.”