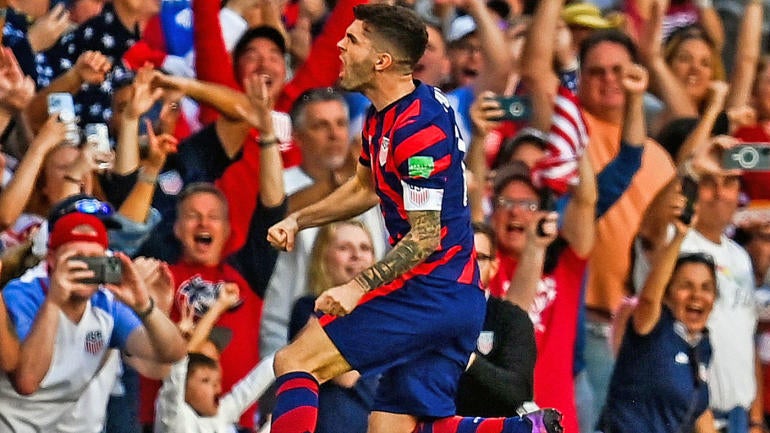 Chelsea star Christian Pulisic lived up to his “Captain America” moniker last Sunday night by providing a hat trick in a critical 5-1 win for the USMNT over Panama. After failing to qualify in 2018, the United States is now in position to reach the 2022 World Cup entering its final match of qualifying against Costa Rica on Wednesday. Both teams are locked into top-four spots in CONCACAF, but Costa Rica is chasing and will need a six-goal win to overtake the United States for one of the three automatic qualifying spots for Qatar 2022. You can stream all the action on Paramount+.

Caesars Sportsbook lists the Americans as +114 favorites (risk $100 to win $114) in the latest USMNT vs. Costa Rica odds, while Costa Rica is the +265 underdog. A draw comes in at +195, while the over-under for total goals scored is 1.5. Wednesday’s match will be streamed live on Paramount+ with their must-have Premium plan.

Paramount+ now has levels of membership so you can watch the hottest soccer matchups worldwide and much more. The Premium Plan is $9.99 per month and you can watch your local CBS live stream, including plenty of sports like Champions League, Italian Serie A, college hoops, and the PGA Tour, with no ads, on-demand and the ability to download episodes for offline viewing. Plus, watch the highly-anticipated series Halo, Picard, 1883, and more. Both plans come with a free week to start and include soccer matches, so sign up now here.

How to watch USMNT vs. Costa Rica

Before you tune in to Wednesday’s CONCACAF World Cup qualifiers, you need to see the CONCACAF World Cup qualifiers picks from soccer insider Jon Eimer. He is a high-volume bettor who has vast knowledge of leagues and players across the globe. Since joining SportsLine, Eimer has covered the English Premier League, Serie A, the FA Cup and much more. The Indiana-based handicapper compiled a winning record of 260-133-1 with over 90 units of profit for his community on various platforms over a recent two-month stretch.

For USMNT vs. Costa Rica, Eimer is betting both teams to score for a +122 payout. The game situation calls for the USMNT to play more conservatively, while Costa Rica will need to be aggressive in pursuit of goals. However, that might be stylistically opposed to the preferences of each squad.

The United States is second in CONCACAF with 21 goals during this qualifying cycle and coming off a five-goal performance in a must-win game against Panama, while Costa Rica has kept a clean sheet in four of its last five matches. Expect Costa Rica to come out of its shell with a fourth-place spot locked up and needing an onslaught of goals to overtake the USMNT or Mexico in goal differential.

Even if the United States decides to rest its stars, the team’s depth has been what has set it apart from other qualifying cycles.

How to watch, live stream World Cup 2022 Qualifiers on Paramount+