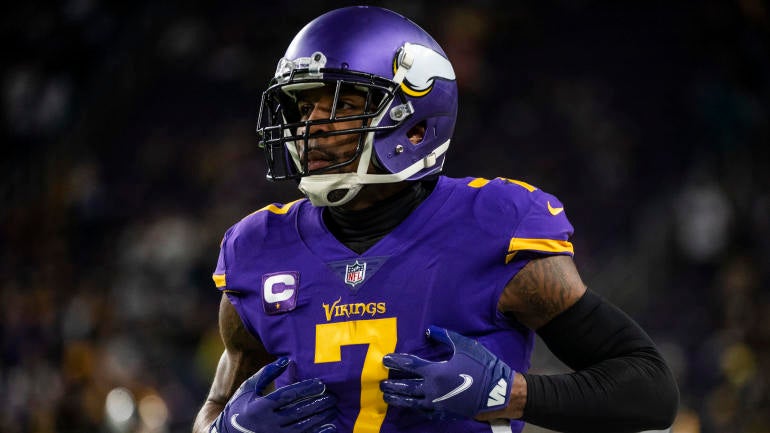 Patrick Peterson is heading back to the Twin Cities. The veteran cornerback announced that he is re-signing with the Minnesota Vikings for another season on the latest episode of “All Things Covered”, his CBS Sports podcast that he co-hosts with former Steelers cornerback and NFL analyst Bryant McFadden. Peterson spent the 2021 season with the Vikings, signing a one-year pact with the organization last offseason after a decade-long tenure with the Arizona Cardinals.

Peterson said that his preference was to remain with the Vikings, but his representatives did hear from the Buffalo Bills, Chicago Bears, Indianapolis Colts, and Washington Commanders throughout free agency. The Tampa Bay Buccaneers also showed some interest in Peterson if they were unable to retain Carlton Davis, but once he re-signed that pursuit ended.

The 31-year-old started in all 13 of his games played for Minnesota during the regular season and allowed opposing receivers to catch just 57.8% of their targets and had quarterbacks post a passer rating of 89 throughout the year, according to Pro Football Focus. Peterson also had three pass breakups and one interception. That production helped the Vikings secondary land just outside the top 10 in the league as the unit was 13th-best against the pass in 2021, according to Football Outsiders’ DVOA metric.

“I just felt it was right just to be there and grind with those guys and try to all come together for that common goal,” Peterson said. “The team is stacked like I always talk about. Last year, we just couldn’t put it all together in certain situations, but we got even better I believe this year. … It’s going to be a fun year. It was a fun year last year. It wasn’t the outcome obviously that we wanted, but we got another crack at it. It’s pretty much everybody who was there last year, so it’s going to be fun to get back in the building and kind of see all of this manifest.”

Although Peterson is signing another one-year deal with the Vikings, he said he hopes to play three more seasons which includes the 2022 campaign. He added that his body feels great and is weighing in at around 197 pounds, which he says is the “leanest I’ve been for the longest period of time.”

The 2022 season will be Peterson’s 12th year in the NFL. He originally entered the league as the No. 5 overall pick of the Cardinals in 2011 out of LSU. Upon arrival, he quickly established himself as one of the better defensive backs in the league, earning All-Pro honors during his rookie season. In all, Peterson has been named an All-Pro three times throughout his career and has eight Pro Bowl nods. He is also on the NFL’s All-Decade Team for the 2010s.