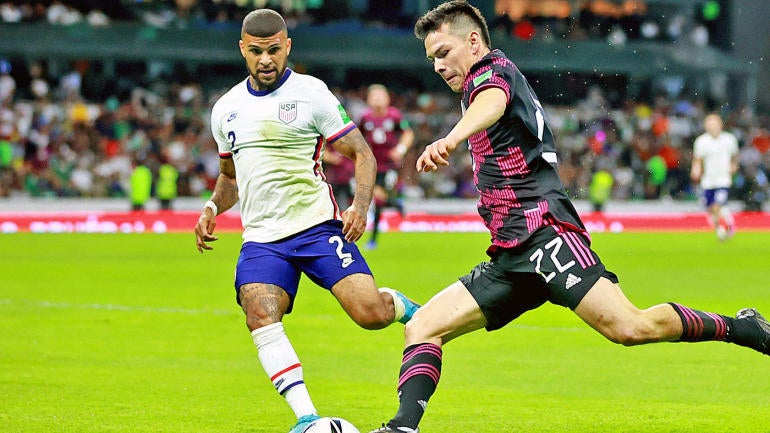 The third round of CONCACAF qualifying for the 2022 World Cup will conclude on Wednesday when Mexico hosts El Salvador. Sitting in third place in the table, Mexico (7-4-2) is in position to clinch its World Cup 2022 berth with a win or draw. El Salvador (2-4-7) is in sixth place and has already been eliminated from Qatar 2022 contention. These teams last played in Oct. 2021, when Mexico prevailed 2-0. You can stream all the action on Paramount+.

Kickoff is set for 9:05 p.m. ET and the match will be played at Azteca Stadium in Mexico City, Mexico. Caesars Sportsbook lists Mexico as the -850 favorite (risk $850 to win $100) on the 90-minute money line in the latest Mexico vs. El Salvador odds, while the Salvadorans are +2200 underdogs. A draw is priced at +600, while the over-under for total goals scored is 2.5. Wednesday’s match will be streamed live on Paramount+ with their must-have Premium plan.

How to watch El Salvador vs. Mexico

Before you tune in to Wednesday’s World Cup qualifiers, you need to see the Concacaf World Cup qualifiers picks from soccer insider Martin Green. After working in the sports betting industry for several years, Green became a professional sports writer and handicapper and has covered the game worldwide. Since then, his European soccer picks have been spot-on. Green has generated over $37,000 for $100 bettors since the 2017-18 season, and he has his finger on the pulse of the game all over the globe.

For Mexico vs. El Salvador, Green is betting Mexico to win and under 3.5 goals scored at -120 odds. Both squads have conservative approaches that yield low-scoring games. In fact, of their 26 combined games in this round of qualifying (13 apiece), all of them have had fewer than 3.5 combined goals.

“[Mexico] beat El Salvador 2-0 on the road when the teams met back in October,” Green told SportsLine. “Defender Héctor Moreno opened the scoring on 30 minutes, and a last-gasp penalty from Jiménez wrapped up the victory. That was Mexico’s ninth consecutive win against El Salvador. It conceded only four goals in those nine games against La Selecta.”

How to watch, live stream World Cup qualifiers on Paramount+