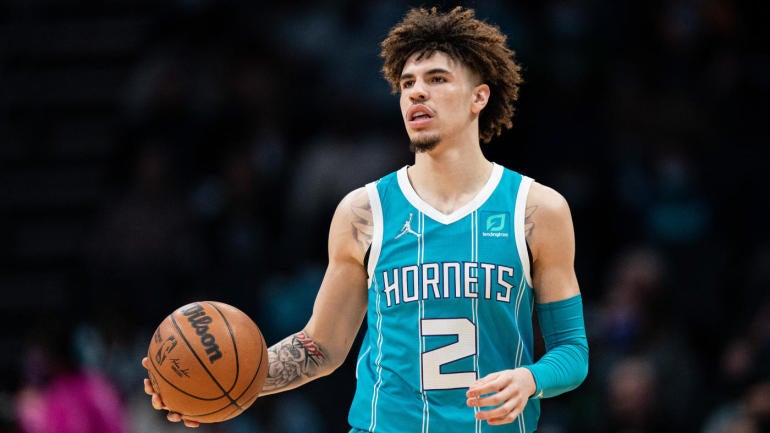 The Charlotte Hornets aim to extend a road winning streak when they face the New York Knicks on Wednesday. Charlotte has won four away games in a row, improving to 19-18 on the road this season, and the Hornets are 39-37 overall. New York is 16-21 at home and 34-42 overall in 2021-22. Evan Fournier is questionable for New York while Quentin Grimes (knee), Nerlens Noel (foot) and Cam Reddish (shoulder) are all out.

Caesars Sportsbook lists Charlotte as a three-point road favorite, and tip-off is scheduled for 7:30 p.m. ET. The total number of points Vegas thinks will be scored, or the Over-Under, is 222.5 in the latest Hornets vs. Knicks odds. Before you make any NBA predictions with the Hornets vs. Knicks match-up, you need to see the NBA predictions and betting advice from SportsLine’s advanced computer simulation model.

Now, the model has set its sights on Hornets vs. Knicks, and just locked in its picks and NBA predictions. You can head to SportsLine now to see the model’s picks. Here are several NBA odds and betting lines for Hornets vs. Knicks:

Why the Hornets can cover

Charlotte’s offense is far superior to New York’s offense from a statistical standpoint. The Hornets are scoring 113.0 points per 100 possessions, a top-eight figure in the NBA, and Charlotte commits only 13.2 turnovers per game. Charlotte is in the top three of the league in assists (27.2 per game), assist percentage (65.1 percentage), and assist-to-turnover ratio (2.10), and the Hornets are dynamic in transition. The Hornets are No. 2 in the NBA in fast break points, averaging 15.8 per game, and Charlotte also generates 50.4 points in the paint per game.

The Hornets are an accurate shooting team, making 46.3 percent of field goal attempts and 36.3 percent from 3-point range, and New York’s offense is strongly below-average overall. The Knicks are No. 22 in points per possession, and New York ranks No. 25 or worse in the NBA in fast break points, points in the paint, field goal percentage, two-point percentage, and assists per game.

Why the Knicks can cover

New York has tangible offensive advantages against Charlotte. The Knicks are excellent on the offensive glass, grabbing 29.5 percent of missed shots and averaging 14.6 second-chance points per game. New York is also above-average in ball security, committing 13.3 turnovers per game, and the Knicks are making 35.6 percent of three-point attempts this season. The Knicks are No. 2 in the NBA in free throw attempts, averaging 24.2 per game, and Charlotte’s defense is porous.

How to make Hornets vs. Knicks picks

SportsLine’s model is leaning over on the total, projecting 227 combined points. The model also says one side of the spread hits in over 60 percent of simulations. You can only see the model’s Knicks vs. Hornets picks at SportsLine.