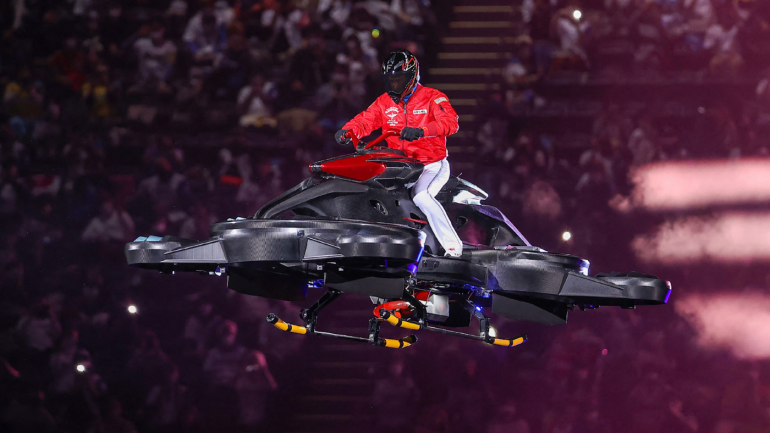 Some coaches are different than others. Some take a more laidback approach, others are more serious and some like to have fun with their job. To say the Nippon-Ham Fighters manager Tsuyoshi “Big Boss” Shinjo is having fun in his role is the understatement of the  century.

Since Shinjo — a former New York Met and San Francisco Giant — became the manager of the Hokkaido Nippon-Ham Fighters in Japan’s Nippon Professional Baseball (NPB), he has done some rather unique things. For starters, he asked reporters to address him as “Big Boss.” And he is living up to his name.

Shinjo is a character and every move he makes keeps the fans and players entertained — even if his team is off to an 0-5 start. Let’s take a look at four ways he is keeping things interesting in a season that has barely started.

Not only is the name a statement, but so was Shinjo’s outfit at his introductory press conference in November after getting the job. This red suit and the popped collar does not exactly read “subtle.”

Tsuyoshi Shinjo was introduced as the new manager of the Nippon-Ham Fighters today.

He told reporters he wanted to be addressed as Big Boss. pic.twitter.com/iRmdPQLK84

During his introduction he asked reporters to call him “Big Boss,” and he was already showing off his personality and giving a solid preview of what was to come.

“Please everyone, don’t call me manager. ‘Big boss.’ Please make it big boss. I like big boss. I don’t need ‘Manager Shinjo.’ I’m not really very managerial, right? Please call me ‘big boss.’ I want the players to call me that, too,” he said. “In Indonesia, in Bali, I was called that. That’s all. That’s just the way my life goes. Things occur to me and I go with it. I’ve been pretty much that way since the time I was in sixth grade in elementary school or my first year of junior high.”

When asked what his answer was when he was offered the job, Big Boss said, “I gave them one line: ‘Please! I’ll do it.'”

2. Getting ‘Big Boss’ on his uniform

If you thought he was making a joke about being called Big Boss, think again. Shinjo changed his registered name in the league to Big Boss and after it was determined this change was not against NPB rules, the name was a go.

Tsuyoshi Shinjo has changed his registered name to BIGBOSS.

*For baseball, not changed as in Chad Ochocinco changed. pic.twitter.com/OgZ5eUVdcQ

Yes, Shinjo has Big Boss on his jersey.

Let’s get to something else we rarely (never?) see: A manager standing in the box with a bat for the ceremonial first pitch. Rather than swing at the pitch, however, he dropped the bat to catch the ball and ran it back to the pitcher, who was laughing at what just went down.

After he caught the pitch, Shinjo held up the ball in celebration as the crowd applauded.

Tsuyoshi Shinjo, before his first regular-season game as manager, stood in the box for the first pitch ceremony, then caught the ball and ran to the mound to give it to the first pitcher. We’re in the Big Boss Era. pic.twitter.com/KUtUcmbwRZ

Now to my favorite of Shinjo’s antics: the hovercraft. Step into the future with Big Boss, who made an entrance fit for a king — or in this case, a big boss.

The 50-year-old arrived on a hovercraft inside the Sapporo Dome for the team’s home opener against the Saitama Seibu Lions. He was sporting a tinted helmet, white pants, a red jacket and the scene was complete with dramatic music. He did not miss one detail.

He landed safely and then walked over to the diamond.

Japan’s Tsuyoshi “Big Boss” Shinjo just entered the game on a hover craft for his managerial debut with the Nippon-Ham Fighters pic.twitter.com/3xCWFb2dZR

Shinjo is the first-ever Japanese player to appear in a World Series game, having done so in 2002 with the Giants, who lost to the Angels in seven games. After three seasons in the majors, Shinjo was demoted to Triple-A. He later returned to Japan to finish out his career and won his first and only Japan Series title in his final game as a professional player.

We’re hoping for more Big Boss antics this season and beyond.