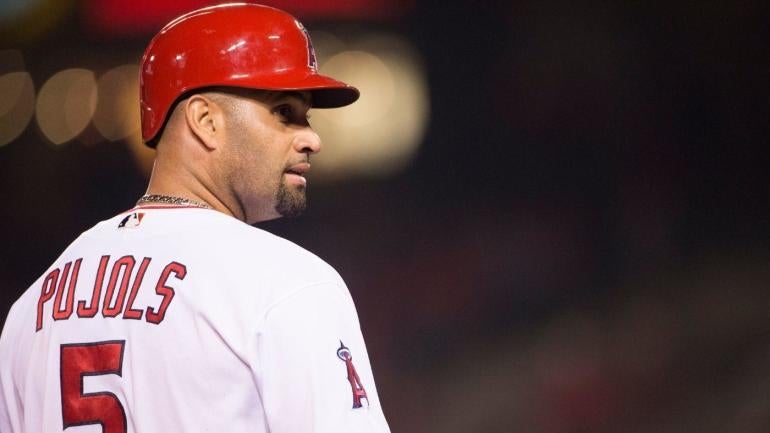 It was only spring training, but the first game of Albert Pujols‘ second stint with the St. Louis Cardinals could not have gone better. Pujols went 1 for 3 in his Grapefruit League debut Wednesday and his Cardinals teammates went on to beat the Nationals 29-8. Yes, 29-8. Here’s the box score.

Veteran Anibal Sanchez, signed to give the Nationals innings this summer, was tagged for 12 hits and 10 runs in four innings, and that’s not even the worst pitching performance of the day. Righty Cade Cavalli, Washington’s No. 2 prospect, gave up 11 runs (10 earned) in only 2 1/3 innings. St. Louis put 15 runs on the board in the eighth inning.

Eight players had multiple hits for the Cardinals and eight players drove in multiple runs. Big leaguers Paul DeJong, Paul Goldschmidt, and Yadier Molina hit the only home runs for St. Louis. They went 15 for 25 — 15 for 25! — with runners in scoring position to plate those 29 runs.

Spring training record keeping is spotty, especially going back more than a few years, so it’s unknown whether the 29 runs are any sort of spring record. Only four times in regular season and postseason history has a team scored at least 29 runs in a game:

As for Pujols, he signed with the Cardinals earlier this week, and Wednesday was his first game action.

“It feels good to be back in a real game, in the field, competing, and facing big league pitching,” Pujols told Rick Hummel of the St. Louis Post-Dispatch. “Getting my routine, getting my work I need to over the last couple of days, knowing that I was going to be able to play today, and it was good. I felt like I took some great swings, trying to get my feet wet again.”

Pujols has said this will be his final season. At age 42, he will be a part-time player and platoon bat who faces mostly lefties.