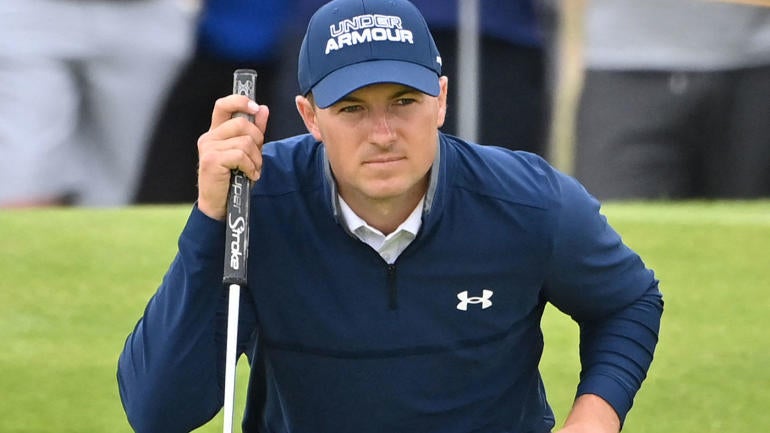 The 2022 Valero Texas Open field includes plenty of star power, as Jordan Spieth, Hideki Matsuyama and Rory McIlroy are all taking on TPC San Antonio. McIlroy is the 8-1 favorite in the latest 2022 Valero Texas Open odds at Caesars Sportsbook, while Spieth is priced at 14-1. Former champion Corey Conners (2019) has the third-shortest odds at 18-1. Conners earned his spot in the Masters field in 2019 when he won the Valero Texas Open, as the winner locks up his place at Augusta National each year.

Seven of the previous nine winners at the Valero Texas Open have been non-Masters bound before their win. Should that narrow down your betting options this week? Before locking in any 2022 Valero Texas Open picks, be sure to see the golf predictions and projected leaderboard from the proven computer model at SportsLine.

SportsLine’s proprietary model, built by DFS pro Mike McClure, has been red-hot since the PGA Tour resumed in June of 2020. In fact, it’s up over $8.200 on its best bets since that point, nailing tournament after tournament.

One major surprise the model is calling for at the 2022 Valero Texas Open: Spieth, a 12-time champion on the PGA Tour and one of the top favorites, stumbles this week and barely cracks the top 10. Spieth is the defending champion of this event, holding off Charley Hoffman to secure the title in 2021.

However, Spieth has been extremely inconsistent this season, finishing T-26 or worse in each of his last four starts on the PGA Tour. Plus, Spieth has struggled mightily with his accuracy off the tee this season. In fact, Spieth ranks 128th on tour in driving accuracy percentage (57.82), which is a big reason why he’s outside the top 150 in scoring average (71.544). He’s not a strong pick to win it all and there are far better values in the 2022 Valero Texas Open field.

Another surprise: Keegan Bradley, a 35-1 long shot, makes a strong run at the title. He has a much better chance to win it all than his odds imply, so he’s a target for anyone looking for a huge payday.

Bradley has put together several nice runs over the last few weeks, which includes a fifth-place finish at The Players Championship. He also finished in a tie for 11th at the Arnold Palmer Invitational earlier this month, so he is in good form heading into the 2022 Valero Texas Open. In addition, Bradley had a solid showing at this tournament last season, finishing inside the top 25 at 4-under-par.

He has only missed the cut twice since the first tournament of the season, providing inherent value at 35-1 odds. SportsLine’s model expects Bradley to contend down the stretch, making him a solid betting option at TPC San Antonio.

The model is also targeting four other golfers with odds of 35-1 or higher who will make surprising runs. Anyone who backs these long shots could hit it big. You can only see them here.

So who will win the Valero Texas Open 2022? And which long shots stun the golfing world? Check out the odds below and then visit SportsLine to see the projected 2022 Valero Texas Open leaderboard, all from the model that’s nailed seven golf majors and is up over $8,200 since the restart.