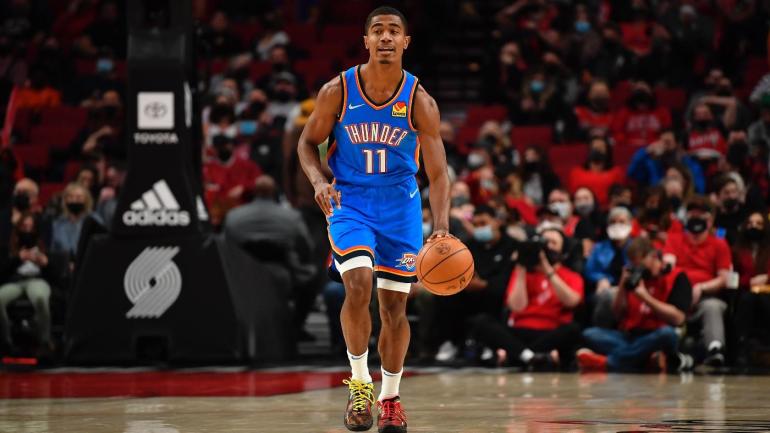 The Oklahoma City Thunder (21-53) hit the road to take on the Portland Trail Blazers (27-47) in a Northwest Division matchup at 10 p.m. ET on Monday, March 28 at Moda Center at the Rose Quarter. Oklahoma City is coming off a 113-107 loss to the Denver Nuggets and has dropped 11 of its last 12 contests. Portland is coming off a 115-98 loss to the Houston Rockets, and is riding a three-game losing streak.

Oklahoma City is favored by 1.5 points in the latest Trail Blazers vs. Thunder odds from Caesars Sportsbook, and the over-under is set at 222.5. Before making any Thunder vs. Trail Blazers picks, you need to check out the NBA predictions and betting advice from the red-hot simulation model at SportsLine.

What you need to know about the Trail Blazers

It was all tied up 60-60 at halftime, but the Trail Blazers were not quite the Houston Rockets’ equal in the second half when they met this past Saturday. Rip City lost to the Rockets at home by a decisive 115-98 margin. Shooting guard Keon Johnson had a pretty forgettable game, picking up four fouls and turning the ball over five times en route to a 14-point finish.

Portland is beat up right now with Anfernee Simons, Eric Bledsoe, and Josh Hart all ruled out for this matchup. The Trail Blazers are stumbling into the matchup with the third most points allowed per game in the league, having given up 114.6 on average. Portland is 29-43-1 against the spread in 2021-22.

What you need to know about the Thunder

Meanwhile, OKC was within striking distance but couldn’t close the gap this past Saturday as they fell 113-107 to the Denver Nuggets. A silver lining for OKC was the play of power forward Aleksej Pokusevski, who had 17 points and five assists in addition to five rebounds.

Oklahoma City is also dealing with a slew of injuries, as Shai Gilgeous-Alexander, Luguentz Dort, Derrick Favors, Darius Bazley, Josh Giddey, and Kenrich Williams are among the Thunder players ruled out for Monday’s contest. The Thunder have experienced some struggles offensively as they are worst in the league in points per game, with only 103.4 on average. OKC is 44-25-4 against the spread in 2021-22.

How to make Trail Blazers vs. Thunder picks

The model has simulated Trail Blazers vs. Thunder 10,000 times and the results are in. We can tell you that the model is leaning Under on the point total, and it’s also generated a point-spread pick that is hitting in almost 70 percent of simulations. You can only see the model’s pick at SportsLine.