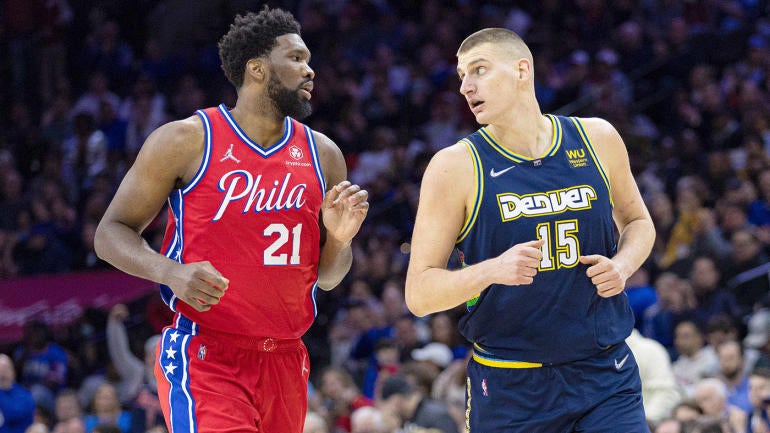 There are just two weeks remaining in the 2021-22 NBA regular season before the start of the playoffs, and only three teams have claimed postseason berths. The Phoenix Suns and Memphis Grizzlies are the only two teams who know which seed they’ll have in the playoffs as they’ve locked up the top two spots in the West, respectively. Other than that, only the Miami Heat have secured a postseason spot in the East after already clinching their division. With under 10 games left for every team in the league, there’s plenty of playoff positioning still to be done.

As teams race to the regular season’s April 10 finish line, there’s plenty of intriguing storylines as we’ve entered the final leg before the postseason. From which team will be the East’s No. 1 seed in the playoffs, to figuring out if the Los Angeles Lakers could miss the play-in tournament entirely, here are the five biggest stretch-run storylines.

Thanks for signing up!

Keep an eye on your inbox.

There was an error processing your subscription.

Race for the East’s No. 1 seed

At the time of this writing, the Boston Celtics and Miami Heat are tied for the No. 1 overall spot in the East, with the Philadelphia 76ers and Milwaukee Bucks just a half game behind them. So it’s safe to say the battle for the top seed in the Eastern Conference is going to come down to the wire. The Celtics have been playing the best basketball of the four teams — and in the entire NBA — posting a league best 13-2 record since the All-Star break. Boston also ranks first in offensive rating and third on defense since that time span, as Jayson Tatum’s MVP-level play has elevated the Celtics after a slow start to the season.

But in terms of strength of schedule, Boston has the hardest remaining one among the top four seeds in the East, with games against the Grizzlies, Heat, Bucks, Bulls and Raptors. However, given the fact that the Celtics have just been bulldozing opponents since late February, it may not matter who they’re playing; that’s how dominant they’ve been.

On the flip side of that, the Sixers have the easiest remaining schedule of the four teams, with four matchups split between the Pacers and Pistons. Since the trade that brought Philadelphia James Harden, the Sixers have mostly looked like the formidable championship contender everyone expected them to be. So they have just as good a shot as anyone to claim the top spot. Then there’s the defending champion Bucks, who have held steady all season long despite injuries to key players, and look to be hitting their stride at the right time with the No. 1 seed on the line.

The team that might be most in danger of falling out of contention for the top spot is ironically the team currently holding a portion of it right now. The Heat have stumbled as of late, going 4-6 in their last 10 games after holding a rather firm grip on the No. 1 spot for well over a month. They have a favorable schedule to end the season, but recent losses to the lottery-bound Knicks and a depleted Warriors team without its three biggest stars suggests that easy opponents aren’t a guaranteed win for Miami nowadays.

Nets get scarier with full-time Kyrie

Kyrie Irving played in his first home game of the season Sunday night after New York City mayor Eric Adams amended the vaccine mandate that now exempts New York-based performers and athletes who play for New York’s home teams. Irving’s full-time status will help Brooklyn as it fights for playoff positioning in the final two weeks of the season, something that just got a whole lot murkier after Sunday’s loss to the Charlotte Hornets.

Losing to the Hornets in Irving’s home debut pulled the Nets even with Charlotte for the No. 8 spot in the East. It also put the Atlanta Hawks within 1.5 games of the Nets and Hornets, making the final stretch run for the play-in spots even more intriguing. Though the Nets lost a crucial matchup to the Hornets, which gives Charlotte the season tiebreaker, having Irving for the final seven games instead of just the remaining two road games left on the schedule will make a significant difference for Brooklyn.

In the month of March alone we’ve already seen Irving drop 60-, 50- and 43-point performances, and his production will help take some of the scoring responsibility off Kevin Durant, and upgrade Brooklyn’s guard rotation in the backcourt. Looking ahead to the postseason if the Nets do secure one of the final two spots in the East, having Irving available in every game makes them a tough draw for any team in the East. Remember, the Nets entered the regular season as title favorites, and despite some bumps in the road this is still a team that features Durant and Irving, and that alone should be frightening enough to opposing teams.

Fight for positioning in West’s middle of the pack

The West playoff picture is just as wild as the East, specifically seeds Nos. 3-6. The Dallas Mavericks beat the Utah Jazz on Sunday, giving them a one-game lead in the No. 4 spot, and pulling them to within two games of the Warriors for the third spot. Then there’s the Denver Nuggets, who are now just a game behind the Jazz for the fifth spot, and even further down are the Minnesota Timberwolves who are just 1.5 games back of the sixth seed.

Stephen Curry’s foot injury will define where the Warriors land in the West standings, as they’ve gone 1-3 in his absence. He’s expected to be out at least another week with the injury, which isn’t great timing given tough matchups against the Grizzlies, Suns and Jazz all coming up. The Jazz lost their stronghold on the No. 4 spot in the West, and they’re now staring at a four-game losing streak with games against the Suns and Grizzlies still on the calendar.

Perhaps the most intriguing team of this pack are the Mavericks, who have been one of the hottest teams in the league since the All-Star break with an 11-5 record. Dallas’ recent success can be attributed to Luka Doncic shaking off the early season rust and returning to All-Star form. The insertion of Spencer Dinwiddie has also been a revelation for the Mavericks, constantly providing an offensive spark whenever he enters the game. It feels like the Mavs are playing with house money for the remainder of the season, as they have one of the easiest schedules remaining in the league, and own tiebreakers over the Warriors, Nuggets and Timberwolves. Dallas is in a favorable spot to climb as high as No. 3 or as low as No. 5 in the West.

Lakers in danger of missing the play-in

A loss to the New Orleans Pelicans Sunday night dropped the Lakers to the No. 10 spot in the West. To make matters worse, the San Antonio Spurs are lurking at the 11th spot with just a game between the two teams. No one could’ve predicted the Lakers would be in this position at the start of the season, struggling to secure one of the final play-in spots, but here we are.

On the bright side, the prospect of Anthony Davis‘ return could help turn things around before time runs out. Davis hasn’t played since Feb. 16 as he’s been dealing with a right foot sprain, but ESPN’s Dave McMenamin reports that the All-Star big man could be back in the lineup within the first week of April. That would be the faint silver lining in a dark sky of clouds for a Lakers squad that never really found their footing this season.

If Davis returns fully healthy, he’s good to get the Lakers around 23 points and 10 boards, which would be a huge boost on offense for a team that ranks 23rd in the league in offensive rating. Then there’s the fact that this team still has LeBron James, who is again putting together an unprecedented season for someone of his age. With a healthy Davis and LeBron (who is unfortunately dealing with more injuries that could be an issue) playing like he has been, the Lakers would still be a tough out in the playoffs … if they manage to get there.

This season truly feels like one of the closest MVP races we’ve had in quite some time. There isn’t really a clear cut frontrunner, because you could ask a handful of people and you could get Nikola Jokic or Joel Embiid as different responses. Jokic may be the one out in front, given he’s carried a Nuggets team without two of their best players to the No. 6 seed in the West. He’s doing that while leading virtually every advanced metric this season.

Yet then you look at Embiid’s case for MVP, he’s walked down a similar path as Jokic. Embiid also carried a Sixers team that was left without its second-best player in Ben Simmons who was ultimately traded ahead of the deadline. Even though he’s got a stronger co-star now in James Harden, Embiid’s still been the star of the show for Philadelphia, and if they manage to secure the No. 1 seed in the East it will only add to Embiid’s argument for winning the award.

Just as the Sixers claiming the No. 1 spot in the East would help Embiid’s narrative, would the Nuggets falling into the play-in tournament hurt Jokic’s case? Because both teams are still fighting for playoff positioning, and the last handful of games could play a factor in deciding who edges out the other for the award.