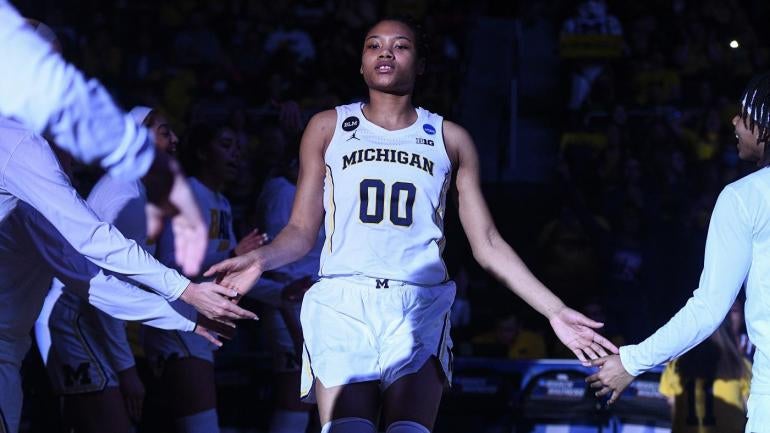 The Michigan Wolverines aim for an upset when they face the Louisville Cardinals in the Spokane Regional Final of the 2022 Women’s NCAA Tournament on Monday. The winner will earn a berth in the 2022 Women’s Final Four, and both teams are top-three seeds in the Spokane Region. Michigan is 25-6 overall this season, and the team’s only non-conference loss came to Louisville on Dec. 2. The Cardinals are 28-4 overall and 13-2 in the last 15 games, posting a 16-2 record in the highly competitive ACC.

The Cardinals are listed as 4.5-point favorites for this 9 p.m. ET tipoff. The total number of points Vegas thinks will be scored, or the over-under, is 129 in the latest Michigan vs. Louisville odds at Caesars Sportsbook. Before making any Louisville vs. Michigan picks, be sure to see the women’s college basketball predictions and betting advice from SportsLine experts Calvin Wetzel and Aaron Barzilai.

Barzilai is a Ph.D. from Stanford who served as Director of Basketball Analytics for the Philadelphia 76ers. Five years ago, he founded HerHoopStats.com — a groundbreaking website that unlocks insights about the women’s game. Wetzel, the site’s lead betting writer, incorporates his mathematical background and strong knowledge of women’s NCAA hoops to turn the site’s prediction model into picks.

Now, they’ve set zeroed in on Louisville vs. Michigan, and just locked in their picks and 2022 Women’s NCAA Tournament predictions. You can visit SportsLine now to see the picks. Here are the women’s college basketball odds and betting lines for Michigan vs. Louisville:

Why Michigan can cover

Michigan is led by a transcendent play in senior forward Naz Hillmon. Hillmon is on the short list of the best players in the country, earning first-team All-American honors for the 2021-22 season. Hillmon is averaging 21.1 points and 9.6 rebounds per game, leading the team in both categories, and she is highly efficient in converting nearly 58 percent of field-goal attempts. Hillmon is the centerpiece of a strong offense, with Michigan averaging 73.1 points per game.

As a team, the Wolverines are shooting 45.3 percent from the field, and Michigan converts an impressive 75.5 percent of free-throw attempts. The Wolverines take full advantage of free-throw accuracy by averaging more than 20 free-throw attempts per game, and Louisville generates only 13 shots per game at the charity stripe. Michigan is also a top-tier rebounding team, ranking in the top 10 nationally in rebounding margin and producing 10 more rebounds per game than opponents.

Why Louisville can cover

Louisville is a tremendous team, and the Cardinals also have top-tier talent. Hailey Van Lith and Emily Engstler were both first-team All-ACC selections this season, and they bring differing skill sets to the table. Van Lith, a 5-foot-7 guard, leads the team in scoring with 14.3 points per game, and she has scored at least 20 points in every game during the Women’s NCAA Tournament 2022. Engstler, a 6-foot-1 forward, is averaging 12.0 points, 9.2 rebounds, 2.6 steals, and 1.8 blocks per game while converting 40.5 percent of 3-point attempts.

That duo leads a balanced attack, and Louisville is out-scoring opponents by more than 17 points per game, a top-10 figure in the nation in point differential. The Cardinals also win on the margins, committing 4.6 fewer turnovers than opponents, and Louisville’s defense is stingy, allowing only 55.0 points and 10.4 assists per contest.

How to make Louisville vs. Michigan picks

Wetzel and Barzilai are leaning under on the total. They also have found a crucial X-factor they believe make one side a must-back. You can get their pick only at SportsLine.

So who wins Michigan vs. Louisville? And what crucial X-factor makes one side a must-back? Visit SportsLine to see which side of the spread to jump on, all from the experts who are an outstanding 559-408 on their women’s college basketball picks, and find out.