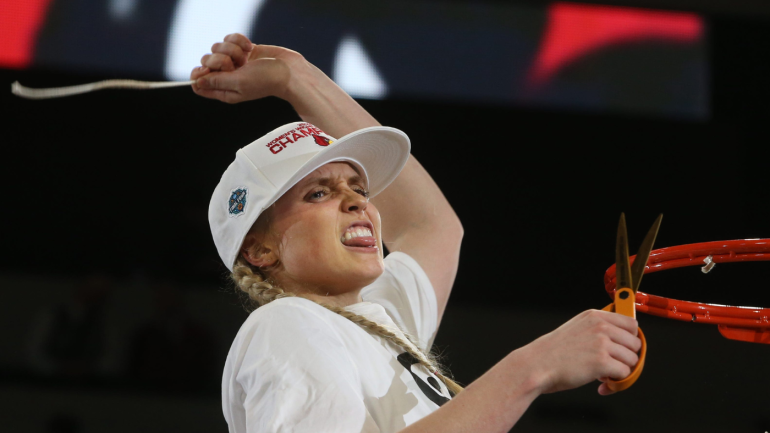 Hailey Van Lith scored 22 points to help lead Louisville past Michigan and into the Women’s Final Four on Monday night. Now, they’ll face off against No. 1 overall seed South Carolina in the national semifinal. After the game, Van Lith was asked what she thought Los Angeles Lakers legend Kobe Bryant’s message to her would be moving forward in the tournament, and she provided a pretty entertaining answer.

The question might seem like a random one, but not if you know Van Lith’s background. She trained with Kobe and Gigi Bryant as a high schooler, so she’s certainly qualified to speculate on what Bryant’s message would be.

“I couldn’t believe it, that he actually knew who I was and thought I was a good player,” she said of Bryant in 2020. “When I later asked him, ‘Why me?’ he basically said the way I play, my work ethic and mentality on the court, reminded him of himself, and it compelled him to reach out to me.”

As a high school player, having the support of someone like Bryant would probably do wonders for a player’s confidence, and it clearly has had an extremely positive effect on Van Lith. It is through the younger players like Van Lith that he was able to impact either directly, or indirectly, that Bryant’s legacy will live on.