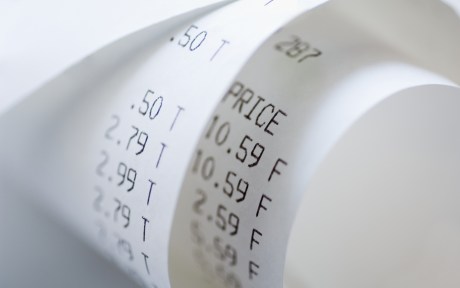 Measures of the Responsiveness of Expectations to Changing Conditions

Sensitivity of Revisions in Inflation Expectations to Inflation Surprises 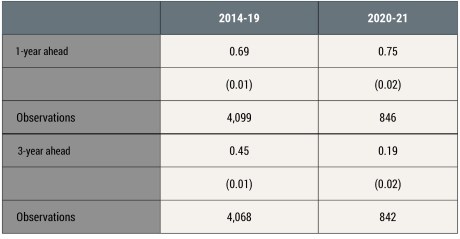 Next, we examine the co-movement between short-term (one-year-ahead) and longer-term (three-year-ahead or longer) inflation expectations revisions. The chart below plots these estimated pass-through coefficients from a series of rolling regressions taken over a six-month window. For instance, the last data point in the illustration represents the rolling regression over the six-month period from August 2021 through January 2022. Here we also use data from the Michigan survey, exploiting its limited panel component whereby a subset of respondents in each month are re-interviewed six months later. As a result of that feature, all revisions in this analysis are defined as the difference in an individual’s response between a given month and six months earlier. Longer-term expectations are measured at the three-year-ahead horizon in the SCE and at the five-to-ten-year-ahead horizon in the Michigan survey. 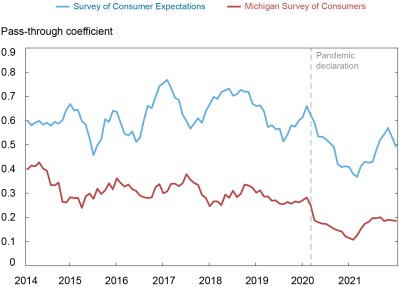 Oliver Armantier is an assistant vice president in the Federal Reserve Bank of New York’s Research and Statistics Group. 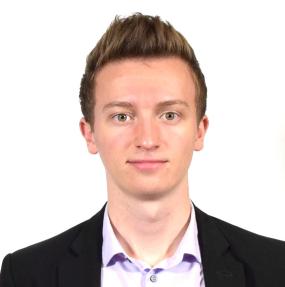 Leo Goldman is a senior research analyst in the Bank’s Research and Statistics Group. 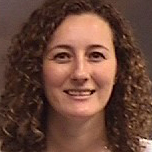 Gizem Koşar is a senior economist in the Bank’s Research and Statistics Group.

Giorgio Topa is a vice president in the Bank’s Research and Statistics Group.