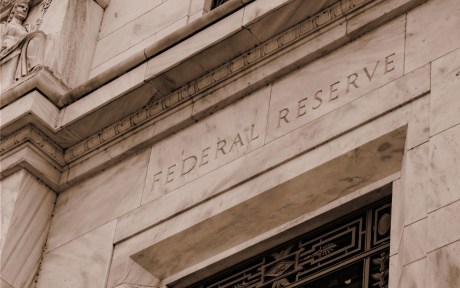 In July 2021, the Federal Open Market Committee announced a new tool for monetary policy implementation: a domestic standing repurchase agreement facility. In the last post of this series, we explain what this new tool is and how it will support the effective implementation of monetary policy in the floor system through which the Fed implements policy.

What Is the Fed’s Standing Repo Facility?

As noted in earlier posts in this series, under the Fed’s current monetary policy implementation framework the supply of reserves is sufficiently large to ensure that the Fed’s administered rates—the interest on reserve balances (IORB) and overnight reverse repurchase agreement (ON RRP) rates—influence the federal funds rate and other short-term interest rates. In July 2021, the Fed added to its implementation toolkit, announcing the establishment of a domestic standing repurchase agreement (repo) facility (SRF). The SRF serves as a backstop in money markets to support the effective implementation of monetary policy and smooth market functioning. It does so by limiting the potential for occasional pressures in overnight interest rates to push the effective federal funds rate (EFFR) above the FOMC’s target range.

The SRF is positioned as a backstop tool. As such, the facility’s minimum bid rate should be set above rates in overnight repo markets under normal market conditions, so as not to unduly influence price discovery in short-term funding markets on most days, while still providing effective control of the fed funds rate. The SRF rate currently is set at 25 basis points, the top of the FOMC’s target range.

Banks are key participants in the fed funds market and adding them as SRF counterparties should enhance rate control by providing a backstop source of liquidity against high-quality assets. As such, the SRF serves as a complement to the discount window.

By accepting U.S. Treasuries, agency debt and agency MBS as eligible securities, the SRF is able to address a broad range of repo market pressures. Accepting all three types of securities is also consistent with historical practice for the Fed’s open market operations.

Why Add the SRF?

Under the Fed’s current policy implementation framework, an ample supply of reserves should ensure that control of the fed funds rate and other short-term interest rates is exercised primarily through the setting of the IORB rate and the ON RRP offering rate. However, episodes of upward rate pressure in repo markets can occasionally occur with little warning—as experienced in September 2019 and March 2020. In these situations, the Fed’s repo operations have supported control of the fed funds rate by limiting the spillover of rate pressure from repo markets to the fed funds market, and by providing reserves to the banking system. Additionally, repo operations can help support smooth market functioning by easing the financing constraints of intermediaries.

As discussed in this Economic Policy Review article, the Fed’s repo operations in September 2019 were effective at stemming upward pressure on short-term interest rates. But even though the operations were launched in the morning shortly after pressures emerged, the EFFR still printed above the FOMC’s target range on September 17. Since pressures in overnight markets can be difficult to predict and are harder to tamp down once they emerge, a key benefit of the SRF is its ability to help forestall rate pressures before they develop into larger disruptions. This characteristic should enhance market confidence in the stability of short-term interest rates, which, in turn, should help to limit pressures even if the SRF is little used.

Adding the SRF to the Fed’s monetary policy implementation toolkit offers clear benefits for rate control, but those benefits could be accompanied by costs. Specifically, with the SRF in place, counterparties to the SRF may be encouraged to take on more liquidity risk than would otherwise be the case. For example, they may be incentivized to invest in longer-term U.S. Treasuries and finance the holding of these securities in overnight repo markets. However, the SRF only accepts high quality, liquid securities, limiting the extent to which it increases counterparties’ liquidity risk.

When Is the SRF Likely to Be Used?

As a backstop facility, the SRF is only intended to be used intermittently when stress emerges in funding markets and overnight interest rates are pressured higher, as noted in this speech by System Open Market Account (SOMA) manager Lorie Logan. The Fed’s experience with repo operations since September 2019 suggests take-up in repo operations is rate sensitive, and that these operations are unlikely to see use under normal market conditions. As shown in the chart below, from September 2019 to June 2020, the minimum bid rate on the Fed’s overnight repo operations was set at the IORB rate to support the policy goal of adding reserves and, during the stresses of March 2020, to support smooth market functioning. As funding market pressures eased in June 2020, the minimum bid rate was raised above the IORB rate to position these operations in more of a backstop role and take-up at the Fed’s repo operations quickly dropped to zero as lower-cost financing for U.S. Treasuries, agency debt, and agency MBS was available from other sources. 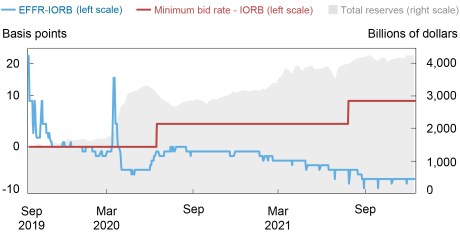 ON Repo Volume Dropped to Zero as Market Conditions Improved 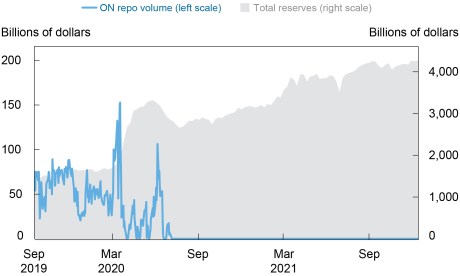 Sources: Federal Reserve Economic Data (FRED).
Notes: ON repo volume is the total value of overnight repurchase agreements from September 17, 2019 to July 28, 2021, and total value of transactions accepted at the Standing Repo Facility from July 29 onward.

Does Having the SRF Mean That the Fed Is Operating a Corridor System Again? No.

While the SRF is intended as a backstop to limit upward pressure on overnight interest rates and the ON RRP facility is intended to place a floor under overnight interest rates, the combination of IORB, the ON RRP facility, and the SRF does not mean the Fed is using a corridor system, in which reserves are scarce, to implement monetary policy like it did before 2008.

As noted in a speech by SOMA manager Lorie Logan, the addition of the SRF does not change that the Fed operates a floor system and will supply sufficient reserves to implement monetary policy along the flat part of the reserve demand curve, with the IORB and ON RRP rates providing routine control over the federal funds rate. In a corridor system, by contrast, reserves are scarce and the supply of reserves intersects the steep part of the banking system’s demand curve. Small changes in the supply of reserves result in relatively large changes in the level of overnight interest rates.

An SRF is a useful tool to help support the FOMC’s control of short-term interest rates. It is more likely to see take up when liquidity is less abundant than it is today, or in the case of money market stress, which can happen unexpectedly. The SRF will provide a backstop in money markets that can quell these pressures to support effective implementation of monetary policy and smooth market functioning. As reaffirmed in October 2019, the FOMC remains committed to its ample reserves framework where the IORB and the ON RRP rates provide the primary means of rate control.

Gara Afonso is an assistant vice president in the Federal Reserve Bank of New York’s Research and Statistics Group. 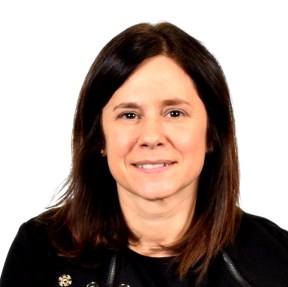 Lorie Logan is an executive vice president in the Bank’s Markets Group and manager of the System Open Market Account for the Federal Open Market Committee.

Antoine Martin is a senior vice president in the Bank’s Research and Statistics Group.

William Riordan is an assistant vice president in the Bank’s Markets Group.

Patricia Zobel is a vice president in the Bank’s Markets Group and deputy manager of the System Open Market Account for the Federal Open Market Committee.

Additional posts in this series:
How the Federal Reserve’s Monetary Policy Implementation Framework Has Evolved
How the Fed’s Overnight Reverse Repo Facility Works
How the Fed Adjusts the Fed Funds Rate within Its Target Range

Related reading:
The Market Events of Mid-September 2019
Liquidity Shocks: Lessons Learned from the Global Financial Crisis and the Pandemic