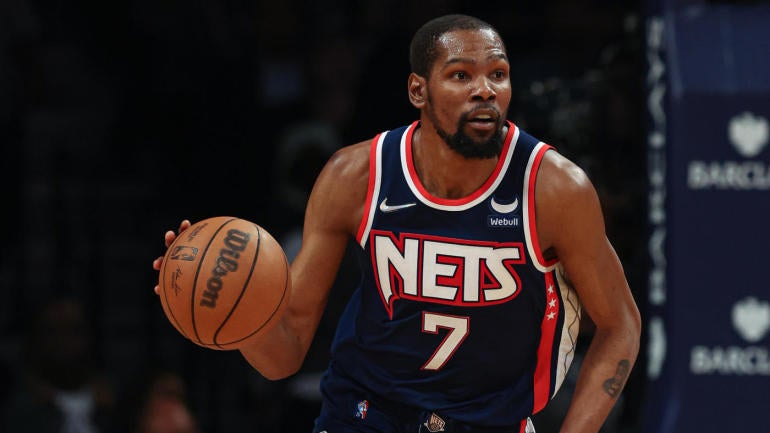 The Brooklyn Nets (39-35) and the Charlotte Hornets (38-36) collide in an Eastern Conference showdown on Sunday night. Both squads are looking to continue their solid play. Brooklyn enters Sunday’s showdown having won three of its last four games. Charlotte, meanwhile, has won six of its last seven, which includes a victory over the Utah Jazz on Friday.

Tip-off from the Barclays Center is at 7:30 p.m. ET. Brooklyn is favored by 6.5-points in the latest Hornets vs. Nets odds from Caesars Sportsbook, while the over-under for total points scored is 239. Before locking in any Nets vs. Hornets picks, be sure to see the NBA predictions and betting advice from SportsLine’s proven computer model.

The SportsLine Projection Model simulates every NBA game 10,000 times and has returned well over $10,000 in profit for $100 players on its top-rated NBA picks over the past three-plus seasons. The model enters Week 22 of the 2021-22 NBA season on a stunning 79-49 roll on all top-rated NBA picks, returning over $2,400. Anyone following it has seen huge returns.

Now, the model has set its sights on Nets vs. Hornets. You can head to SportsLine to see its picks. Here are several NBA betting lines and trends for Hornets vs. Nets:

Why the Nets can cover

Guard Kyrie Irving will be playing in his first home game of the year after New York City lifted the vaccine mandate for athletes and performers. Irving is a magician with the ball in his hands, flashing elite ball handles and playmaking ability. The Duke product averages 27.7 points, 4.5 rebounds and 5.5 assists. The seven-time All-Star can get it done from anywhere on the floor. He can finish with either hand at the rim or can step back and knock down a 20-foot jumper. On March 23, Irving amassed 43 points, eight assists, and went 6-for-11 from deep.

Guard Seth Curry is a marksman in the backcourt for Brooklyn. Curry is a very confident shooter with a sweet stroke. The Duke product logs 15.2 points and 3.7 assists, while shooting 42 percent from long range. Curry has scored 17-plus points in three of his last four games, making at least four 3-pointers in all three matchups. In the win over the Miami Heat, he had 17 points and went 5-for-6 from three.

Why the Hornets can cover

Forward Miles Bridges has elite explosiveness and athleticism. He can soar over defenders for dunks, rebounds, and blocks. Bridges is also a solid shooter, connecting on 32 percent of his 3-point attempts. The Michigan State product is averaging a team-high 20 points with seven rebounds and 3.9 assists per game. The 2018 first-round pick logged 20-plus points in four of his last seven games. In his last matchup, Bridges produced 26 points, 11 rebounds and four assists.

Guard LaMelo Ball is an athletic ball-handler for the Hornets. Ball has great court vision, consistently finding the open man. The 2020 third overall pick is averaging 19.8 points, 6.8 rebounds, and 7.3 assists per game. Ball is a streaky shooter but is knocking down 37 percent of his 3-point attempts. In the win over the Utah Jazz, he totaled 21 points, four rebounds and five assists.

How to make Nets vs. Hornets picks

The model is leaning over on the total, projecting 240 combined points. It’s also generated a point-spread pick that is hitting in over 50 percent of simulations. You can only see the pick at SportsLine.