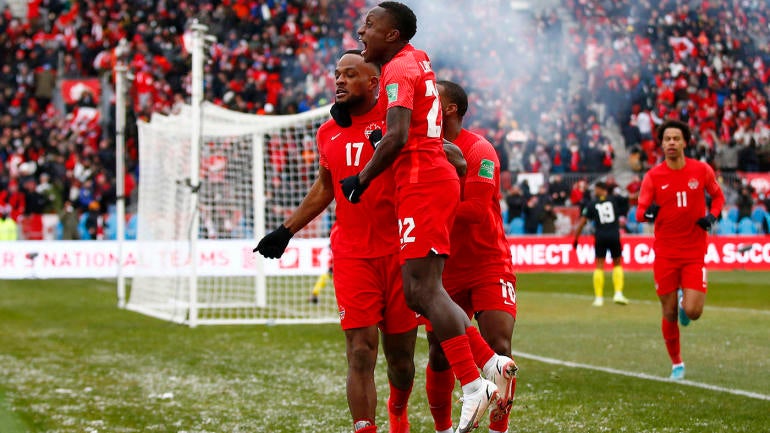 It has been a long road for John Herdman and his Canada squad. The team needed to play in all stages of the Concacaf World Cup qualifying playoffs unlike the United States and Mexico, who didn’t enter until the final round. But they’ve seen it through, defeating Jamaica by a score of 4-0 to book their ticket to Qatar in November.

Before the match, Herdman said, “We didn’t have the soccer gods with us the other night, but now we’ve got 30,000 Canadians (here), and a few million more watching — if that doesn’t get us over the line, I don’t know what will.”

A road that began in facing Bermuda almost a year ago has now come to an end at BMO Field in front of the Canadian faithful. The atmosphere was electric and the team was on their game even without Alphonso Davies, who has been sidelined with Myocarditis since mid-January. But Cyle Larin stepped up scoring the opening goal only 13 minutes into the game and the team saw out the job to head to their first World Cup since 1986.

Tajon Buchanan doubled the lead right before halftime as the fans began to sing about Qatar with qualification all but secured. Jamaica’s rotated side played like a team that would rather be at home, but it probably wouldn’t have mattered as the atmosphere at BMO Field was one ready for a party.

Junior Hoilett also wouldn’t be denied as Buchannon assisted his goal through traffic to put them up 3-0. Hoilett has been extremely important to the national team as of late, filling in recently for the injured Alphonso Davies to seal the deal. It was a deserved goal in a match during which Canada allowed Jamaica to have only two shots, one of which tested keeper Milan Borjan.

Herdman has coached almost a flawless qualification run as Canada’s only loss so far was against Costa Rica last Thursday when they went down to 10 men and they have taken down the United States, Mexico and Costa Rica en route to booking their ticket to the World Cup.

While today is a day to enjoy with Canadian soccer taking a step forward after also establishing the Canadian Premier League in 2019, they’ll soon need to prove that they’re not only a good Concacaf team but competitive on the world stage as well. One side effect of the long qualifying path is that they haven’t played a team from another region since January 2020 when they lost to Iceland.

In November they’ll get that chance and it’s thanks to one of the most talented groups of players ever at their disposal. This is a team to be taken seriously as they’ve played the last five matches of qualifying without Davies. During that time, Hoilett has stepped up on the wing, and Larin and Jonathan David have been unstoppable while everyone else has played their roles to perfection.

It’s party time north of the border as not only the preparation for one World Cup but two begins with Canada already having automatic qualification for the World Cup in 2026, which will take place on home soil with them, the United States and Mexico hosting.