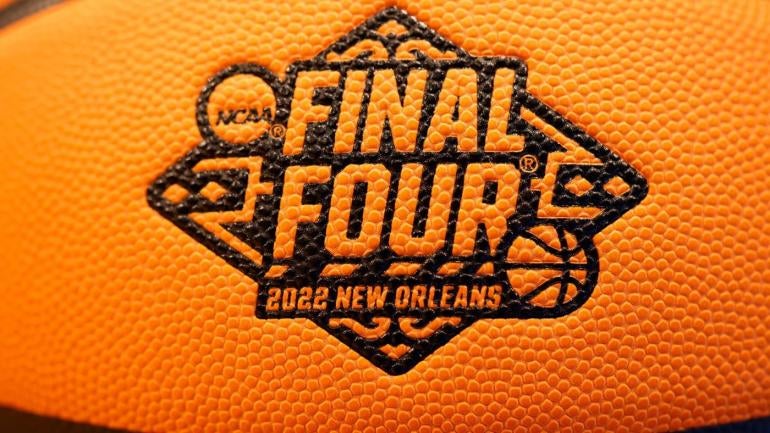 After an entertaining, rewarding, bracket-busting 64 games over nearly two weeks, the Final Four of the 2022 NCAA Tournament is set. On Saturday in New Orleans, it will be No. 2 seed Villanova  vs. No. 1 seed Kansas  at 6:09 p.m. ET in the first semifinal followed by No. 2 seed Duke vs. No. 8 seed North Carolina at 8:49 p.m. with the winners meeting Monday, April 5 for the NCAA Tournament title. The games will be played at Caesars Superdome in New Orleans.

A reminder: This year’s TV schedule cycles in TBS as the host for the last three games of the men’s NCAA Tournament. (Next year, CBS will be airing the national semifinals and championship game.)

As always, you can also watch every game in the tourney via March Madness Live. Here are the tip times for the Final Four and national title game.